This is the place to discuss anything to do with scriptural doctrine. It is the primary purpose of this site, and most discussions will be here.
Forum rules
Matt 18:6; Eccl 7:9; 1 Pet 4:8 (If you're not sure what they say then please hover over them with your mouse or look them up in your own Bible before posting)
Post Reply
8 posts • Page 1 of 1
Message
Author

Long story short, I was doing research in the number 666 and ended in the hebrew wikipedia page about Titus: 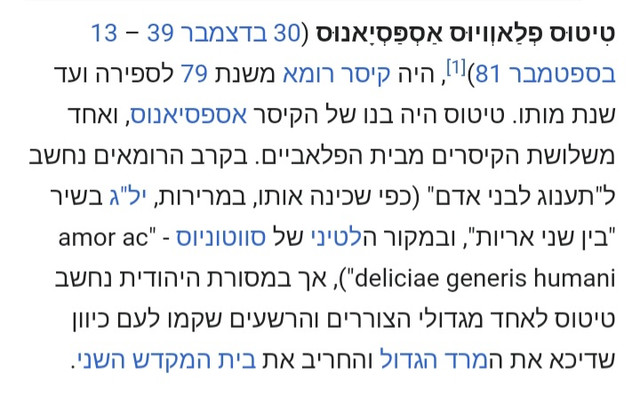 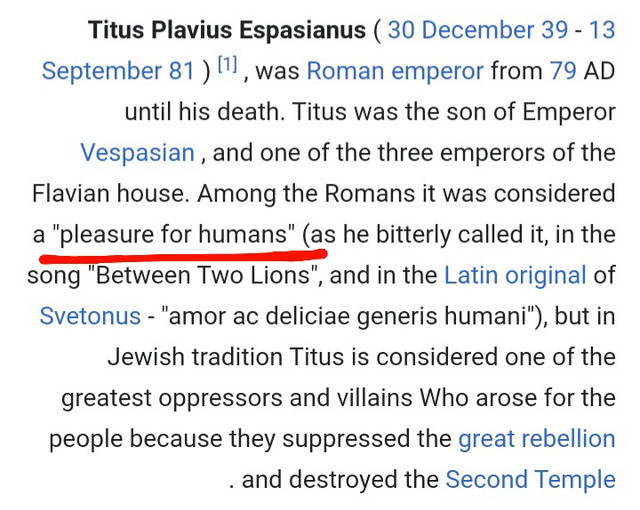 Pay attention to the scratched part, placing the same phrase in hebrew into this gematria decipherer we get: 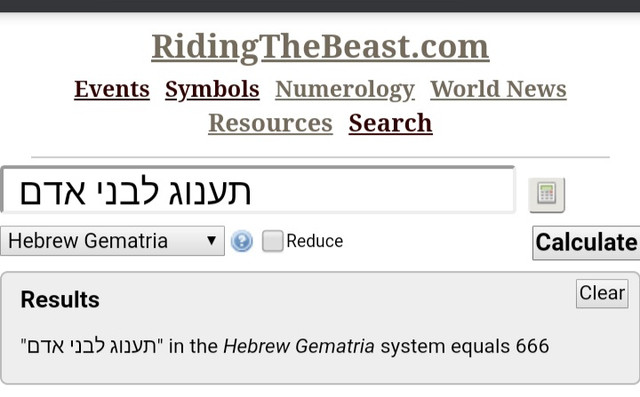 
Titus, of the same surname as his father, was the delight and darling of the human race; such surpassing ability had he, by nature, art, or good fortune, to win the affections of all men...

Now I believe that latter is the correct rendering of this passage! What do you think?
My english isn't very good, sorry any inconvenience.
Top 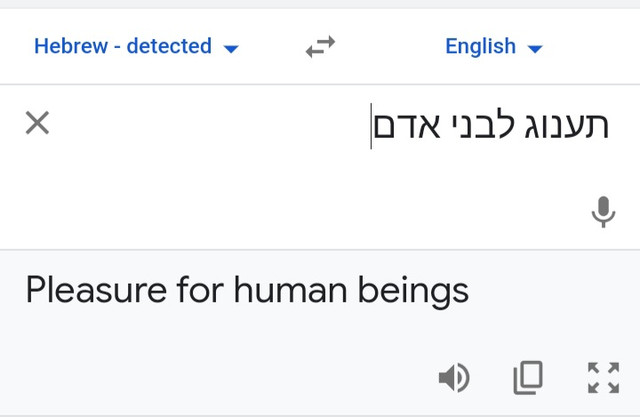 WOOO HOOO!!! This deserves a song:


I think Bobcat might have something to say about that. He's wrote much on the subject and if I know Bobcat at all, I'd say he would choose Nero over Titus for the 666, if he were to choose.


I think Bobcat might have something to say about that. He's wrote much on the subject and if I know Bobcat at all, I'd say he would choose Nero over Titus for the 666, if he were to choose.

I quite agree! This is not a new thought and as you pointed out, it has been discussed here before.
I personally think that it could be a code refering to Nero, but this is not definite. It could refer to something entirely different. Nero was also called "the beast".

If we look at the Jewish star of David, it has 6 points, 6 triangles and 6 lines. it also has a six sided hexagram in the center. Could this be the 666? I don't know.

If I were going to choose between Nero and Titus, I would definitely side with Nero. He was a monster in a number of ways (for example, see this post). Titus was your typical Roman military commander (and later Emperor).

In Titus' defense, any excesses attributed to Titus by the Jews, I believe he would say that they egged him on by their own intransigence. That would be the impression I get from reading about him in Josephus' Jewish Wars.

But all this depends on how one understands the phrasing of Rev 13:18.


Rev 13:18 ESV "It is the number of a man" = lends itself to identifying a particular individual.

Rev 13:18 NET "It is man's number" = describes a characteristic of humans.


And since the number is attached to the beast out of the sea (Rev 13:1), it would also depend on how one interprets that beast.

Rev 13:2 describes the beast in terms alluding to Dan 7:4-6. I understand Dan 7:4-6 to be referring to the Babylonian, Medo-Persian & the Grecian Empires. (Not everyone here shares that view.) But for me, relating it to the rise of those empires, and in a vision that takes us all the way down to when God takes over rulership of mankind via the "holy ones" (Dan 7:26, 27), that, to me, lends itself to thinking that the number describes humans collectively in some way.

Something else to consider: If the number describes an individual such as Nero or Titus, then, the prophecy would really only concern those who lived during their respective few years when they were significant (Nero = 54-68 CE; Titus = 70-81 CE). This also, IMO, lends itself to the number identifying humans in general, not an individual.

And, if the number 666 is taken as a human characteristic, the triple repetition of six, especially in comparison with the use of seven throughout Revelation, would lend itself to describing some pronounced lack or failure. Anyone allowing himself to be branded with the number of the beast would definitely be siding with a losing cause.

At any rate, that's my take on it. YMMV

(Sometimes I get the impression that Revelation was written in such a way that one could attribute some things to Nero. Perhaps it used certain circumstances that existed then to picture a larger Christian era reality.)

For cross-reference purposes, see the discussion of the 'mark' and 'number' of the beast in posts # 34 thru 37 starting here.

And see a tentative chiastic comparison between the trumpets of Revelation (chapters 8 thru 11) and the passage about the beasts (Rev 13:1 thru Rev 14:5): here.

There is some discrepancy between the the MSS evidence for the reading 666 versus 616. The NET has a comment about it here (footnote # 55):


tc A few mss (P C, along with a few mss known to Irenaeus and two minuscule mss, 5 and 11, no longer extant), read 616 here, and several other witnesses have other variations. Irenaeus’ mention of mss that have 616 is balanced by his rejection of such witnesses in this case. As intriguing as the reading 616 is (since the conversion of Nero Caesar’s name in Latin by way of gematria would come out to 616), it must remain suspect because such a reading seems motivated in that it conforms more neatly to Nero’s gematria.


Another approach takes the numbers 666 as Scripture uses them symbolically elsewhere. The number seven frequently occurs in Scripture. The Israelites understood seven to represent a completed work of God (e.g., the seven days of creation, etc.). The number three often stands for the fullness of something (e.g., the Trinity, etc.). Consequently 777 would indicate something authenticated as divine. However “666” would appear as a deficient counterfeit to a believer who knows the significance of these numbers. This is especially true since the number six often connects with human rather than divine activities in Scripture (e.g., man works six days a week, etc.). Verse 18 says 666 is the number of “man.” The article “a” is absent in the Greek text, and though the reader may supply it legitimately here, it seems best not to do so.


In saying the above it should be noted that the late Thomas Constable himself believed that 666 was somehow related to a coming Antichrist, and that God would reveal how the number was related at an appropriate time.

Some feel strongly about the possibility of the number being 616 (and its relation to Nero). But all that goes out the window if the phrasing is taken as the NET has it: "It is man's number."


Bobcat (not sure what my number is yet

People y'all are forgetting a detail: the beast have seven heads (Rev 13:1) and this means that the beast represent seven individuals, Nero is one of them (the wounded one) Titus is another.

Compare with Rev 13:3-4 The whole world was filled with wonder and followed the beast. 4 People worshiped the dragon because he had given authority to the beast, and they also worshiped the beast and asked, “Who is like the beast? Who can wage war against it?” [emphasis mine]
My english isn't very good, sorry any inconvenience.
Top

That's where the "YMMV" comes in.

As an aside, you said "y'all." Stranger and I are slowly converting you. (I used to say "y'ins.")

FriendlyDoggo wrote: ↑7 months ago People y'all are forgetting a detail: the beast have seven heads (Rev 13:1) and this means that the beast represent seven individuals, Nero is one of them (the wounded one) Titus is another.